Posted on October 2, 2013 by National Sports Forum | Selling It | SUBSCRIBE

The St. Louis Rams partner with ScentAir for an innovative way to boost secondary revenue streams 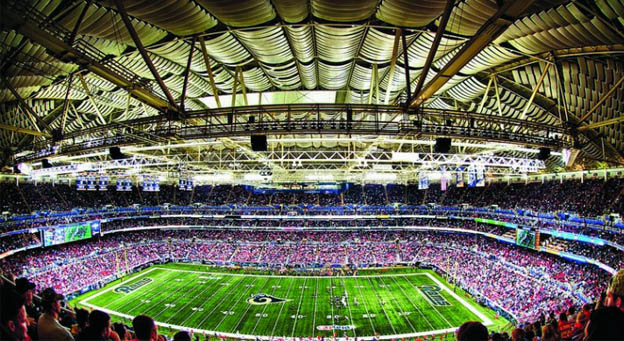 I spent this past weekend in Idaho for my sister’s wedding and it became clear to me through the chill in the air that it’s officially fall. Like many of you, I equate this season not only with the cooler days, but with the smell of tailgates and the sight of leaves changing. As our senses heighten, we tend to make emotional connections to memories or experiences …which are then brought back when we interact with the same smells, sights and sounds. In this week’s story, you’ll see how one NFL team is tapping into these emotional connections with their fans and in turn, increasing their overall bottom line on game day.

Walking into any stadium, there is a noticeable change in the atmosphere. You can feel the electricity pulsing through the crowd and it changes the way everyone interacts on game days. That is why in-stadium promotions and advertisements have such a big impact on those in attendance. An emotionally charged environment provides a platform that cannot be re-created anywhere else, and it is the team and stadium owner’s job to create that perfect environment. Getting your fans “charged up” from the second they walk through the gates can greatly influence their buying behavior.

Things like bobble head promotions, t-shirt giveaways and “Metallica” nights are all ways that teams are capitalizing on both providing value for the fans, and creating a fun and exciting atmosphere. However as throughout the season, those simple giveaways become more and more expected when you walk through the main doors. Consumer wear out is a serious problem and it is becoming harder to tap into the emotions of fans when they enter your stadium. The St. Louis Rams have gone an entirely new route in the NFL to change the way fans enter the Edward Jones Dome. Capitalizing on secondary revenue streams, the Rams are doing something never done before. They have created an opening gate sensation that immediately evokes an emotional response before fans even get into the main concourse.

The St. Louis Rams have taken an idea usually seen – or smelled for that matter – in malls or luxury stores, and applied it to their stadium. Pumping perfumes through AC systems in Nordstrom’s or Neiman Marcus is fairly common, but what would happen if you pumped a cotton candy scent into your stadium? Well the Rams have taken that idea and run with it, breaking new ground in the NFL.

Trying to activate all five senses when entering the Dome, the Rams have installed a cotton candy scent filter into their HVAC systems. It may seem like a crazy idea, but it has worked well for the Rams and you will see why in the results section below.

The Rams tested out over thirty different scents before deciding on cotton candy as the outstanding one. Popcorn and soda were next on the list, but research by ScentAir, a scented air filtration systems and promotions company, showed that cotton candy has substantially more staying power with the fans walking in. It also draws on a nostalgic emotion reminiscent of childhood for most people, bringing good feelings and a positive attitude. “Our sense of smell is so profoundly connected with our experiences and our memory of those experiences. If we can connect the experience to a smell that evokes positive emotions, it adds to the overall value of that event,” said Ed Burke, Director of Communications at ScentAir. These emotions have directly related to ROI as it gets fans moving towards the concessions stands immediately and increases their per cap purchases.

“We are always looking for ways to enhance the in-stadium experience, and the Edward Jones Dome gives us opportunities other teams don’t have; so a promotion like this is truly unique to the Rams,” commented Brian Killingsworth, Vice President of Marketing and Brand Strategy for the Rams. The Dome provides a closed environment for the program, pumping in just enough aroma to attract the senses. From the moment fans enter the stadium, the scent has proven to trigger a positive response, putting them into a hungry, “buying” mood. 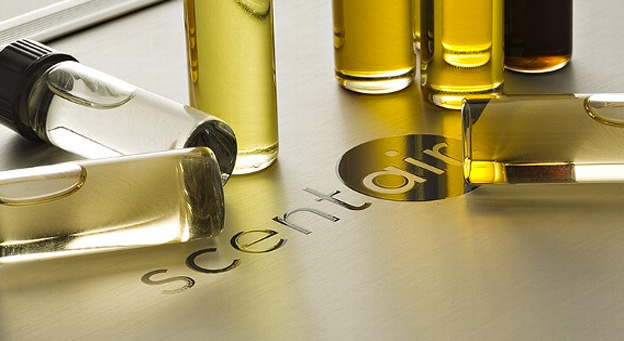 The Rams partnered with ScentAir for the cotton candy scents in their two main entrances. Their scent system is a proprietary technology wired directly into the HVAC system. “It is very turnkey for us, the flip of a switch and that’s all it takes,” said Killingsworth. The entire system took about half a day to install and the Rams have been very pleased with its ease of use and the partnership as a whole.

As expected, cotton candy sales have gone up year over year so far. But the interesting part is they have seen healthy growth in overall concession sales across the board. The cotton candy scent triggers a response to buy food and drinks in general, on top of just cotton candy. This ScentAir program has proven to be a financially sound way to increase secondary revenue streams in a completely innovative and ingenious way. As a very cost effective initiative both making a unique stadium enhancement and increasing sales, the Rams have been very happy with the results.

Due to its success, the Rams see no end in sight for the program. With concession sales going up and a positive response from the fans, they will continue on with ScentAir. “The direction from here is up in the air. We have so many ideas whether it be tied with other promotions or suites in-stadium, we are constantly thinking of new ways to capitalize on the ScentAir system,” said Burke.

The Rams are also working to provide a better in-game experience in other genres. With “all fan” giveaways throughout the season and events like a free post game Billy Currington concert; the Rams are trying to showcase their value to the fans at every game.

For more Information, contact:
Brian Killingsworth, Vice President of Marketing and Branding, St. Louis Rams
Bkillingsworth@rams.nfl.com
Ed Burke, Director of Communications, ScentAir
Eburke@scentair.com
Next
This message is only visible to admins.
Problem displaying Facebook posts. Backup cache in use.
Click to show error
Error: Error validating access token: The session has been invalidated because the user changed their password or Facebook has changed the session for security reasons. Type: OAuthException