Posted on March 7, 2018 by National Sports Forum | Selling It | SUBSCRIBE 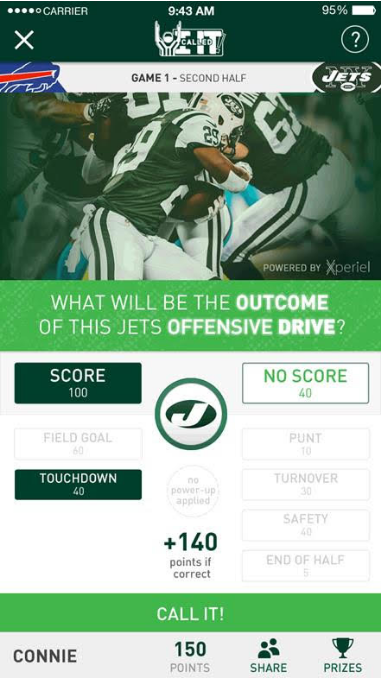 This week, we’re bringing you a story about a team who is embracing mobile usage during games, rather than competing with it for fans’ attention. The New York Jets developed an interactive mobile game through their app to engage fans during the game and provide an added benefit for their sponsors.

Even during the most exciting moments of an NFL game, we’ve all been susceptible to taking a quick peek down at our smartphones. After all, in a digital age that is more focused on technology than ever before, people just can’t seem to escape them. Instead of trying to compete for fans’ attention, the Jets leveraged an opportunity to engage fans both in-stadium and at home through their smartphones by developing a gaming feature on the team app that allowed users to predict the action on the field in real time and compete against fellow users for prizes.

Predictive games have been implemented before, but the Jets wanted to find just the right balance between simplicity and engaging gameplay, so they started with a clean sheet of paper.  The team’s first order of business was to put together the mechanics for the game. Since the nature of the game required regular live data updates to allow users to make their predictions, the Jets needed access to an automated data feed. To accomplish this, the Jets were aided by the NFL and relied on its Game Statistics and Information System (GSIS), which is the definitive statistical record of each game and the underlying data powering everything from television graphics to fantasy football. While GSIS certainly wasn’t designed to be used for a game, the NFL was able to help familiarize the Jets with GSIS to ensure that the game could process data quickly enough to keep up with the action.

The concept of “I Called It” is exactly as it sounds: predict the outcome of each drive during the game. A correct prediction earns points, and the amount of points awarded for each correct prediction is based on the statistical probability of that outcome. For instance, since most drives in the NFL do not result in a score, if a user were to correctly predict the Jets to score on a given drive, they would be awarded more points than if an outcome of “no score.”. On top of a “score” or “no score” prediction, bonus points would be awarded if the user correctly predicted how the team would score (or not score) on that drive (i.e. touchdown vs. field goal), which was again based on the historical chances of the result occurring. But having the most accurate predictions during the game didn’t necessarily ensure a spot atop the leaderboard. In an effort to connect Jets fans to the team’s sponsors, users were granted power-ups and point multipliers by interacting with sponsors throughout the week in a variety of ways, from answering trivia through the app to scanning sponsor logos. The multipliers could then be applied to each prediction during the game to increase the total points awarded if correct. At the end of the week, the top 3 players on the leaderboard would win prizes, ranging from team merchandise to gift cards from its sponsors.

Since the Jets wanted as many fans as possible to experience the team app’s new gaming feature, they remained active in promoting the game across all platforms. The team relied primarily on its strong social media following, particularly on Facebook, Twitter, and Instagram, to showcase the new gaming feature and encourage fans to download the team app to access it. In addition, the Jets built awareness with an official press release, as well as mentioning the new feature in the game day guide that was emailed to fans before each game every week. To promote the game in-stadium, fans were directed via the PA announcer and the video board to download the app and play “I Called It” during the game for a chance to win prizes.

To build the “I Called It” game, the Jets partnered with Xperiel, a platform that specializes in technological development and innovation. In addition, the team worked with YinzCam, the developer of their official team app, to integrate the gaming feature into the Jets app.

In the game’s first season in the team app, the Jets were pleased to see a steady increase in the number of downloads week by week, which reflected both an increase in awareness and a positive experience from its fans. The team also noted that the app was being used roughly the same amount by fans at the stadium during games and those watching from home. While the team was certainly encouraged by such a favorable response from its fans, their decision to incorporate fan-to-sponsor interactions into the game benefited the sponsors a great deal as well. With consumers becoming increasingly difficult to impress, sponsors are always looking for new and creative means to engage consumers, and the unique quality of interaction that the game promoted paved the way for strong results for the team’s sponsors.

Seeing all the positive results and feedback that the team has received from fans and sponsors alike, the Jets fully intend to keep the feature on their team app for the upcoming NFL season. Furthermore, the team is looking to develop new ways to make the app a more communal experience for its fans inside the stadium, such as forming teams among the different sections in the stadium and having them go head-to-head to compete for prizes. In both embracing the tendencies of their consumers and creating a fun and exciting way reach its fanbase, the Jets have set an example for the rest of the NFL and other sports leagues to follow. 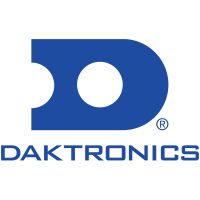