Posted on December 12, 2018 by National Sports Forum | Selling It | SUBSCRIBE

LAFC brings content to fans in a new, innovative way 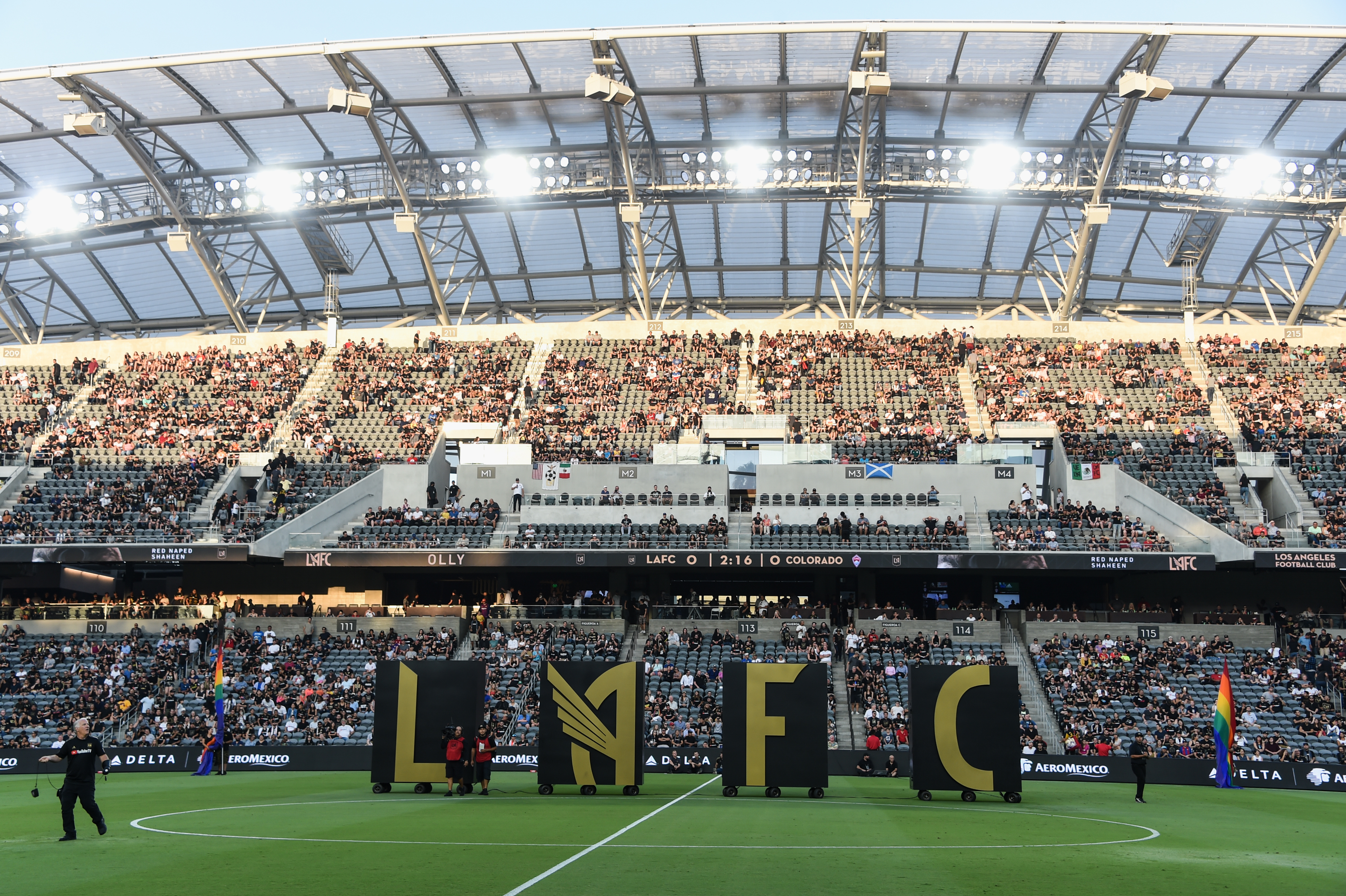 Isn’t the month of December the best? Not only are some major holiday celebrations on the way, but I have gotten to watch my favorite MLS, NBA, NFL and NHL teams compete on television this month. This time when these sports seasons intersect aligns perfectly with the cold weather and wanting to stay in, though it’s been a challenge to catch all of the on-field/on-court action because of work, errands and life in general.

The story that we’ve highlighted for this week’s “Selling It…” confronts this fact that many fans miss out on matches because of their packed schedules. LAFC’s partnership with YouTube TV has given us a solution to this problem by streaming their team’s games through their TV app, ensuring that we can have access to the excitement even while we’re on the go!  Hope you enjoy the read!

“LAFC’s “Black & Gold” Show provides fans with the kind of access that people have only dreamed of. We’re excited to get to know the players and coaches on a whole new level while seeing an amazing partnership at work!” Visit www.sportsdigita.com to learn more about Sportsdigita.

Since its founding in 2014 the Los Angeles Football Club (LAFC) has had one goal, to make history. Just four short years later, the club is exceeding this goal with the implementation of its modern, innovative broadcasting system. LAFC has partnered with YouTube TV, which allows the TV App to exclusively stream matches to fans. This streaming service has changed the sports landscape as it is the first of its kind in North America. LAFC has commissioned their play-by-play announcer Max Bretos to host their YouTube show; ‘Black & Gold’. When the show was being developed, the club asked themselves what fans would want to see more of. They decided they wanted the show to be a way for fans to experience the club in a way through content. The show gives an all-access look into the football club with: player and coach interviews, the latest and most compelling features, news & notes and plenty of fan engagement.

The ‘Black & Gold’ Show started in May 2018 and over the last seven months, has provided fans with an exciting new way to connect with LAFC. The show has evolved over the course of twenty-three episodes, giving LAFC supporters and soccer fans an all-access look into the club.

This weekly show serves as a recap to the game of the week and a preview to the upcoming match.There are weekly sit downs with head coach Bob Bradley, which allow the fans to get a glimpse into the mind of the man leading their favorite club. The show also features a media panel by those who cover LAFC on either print, radio, digital or TV to discuss News & Notes around Major League Soccer. The unique part of the series is that every episode will focus on someone or something new in the LAFC community. These include compelling features on our players with the purpose to learn more about them and their journey to LAFC.One episode titled “Latif Blessing’s Journey From Ghana to Los Angeles”, featured an in-depth look at what has fueled the forward’s career as well as how his success has impacted his community back home. A local film crew was hired in Ghana to travel to his small village to interview his mother, twin sister and to document his humble upbringing and how an entire village is both proud and inspired by his success story. With this series the club has given fans a more personal connection with the team and a new way to interact with them. Overall, the team has a new way to communicate with their fan base, and fans can feel more connected to the club than ever.

The LAFC’s partnership with YouTubeTV has been the forefront of this new program. YouTubeTV first provided the team with the streaming services needed to distribute this new content. In turn, the partnership with YouTubeTV has allowed LAFC to soar above other teams and distinguish itself as a team that will always be innovative. YouTubeTV is the local English broadcaster of LAFC games and their logo is proudly displayed on the front of the LAFC kits. The ‘Black & Gold’ show is released on the club’s YouTube channel/network. The two different aspects of the streaming service being utilized by LAFC have allowed the club to release more content than before in more ways than before, it also adds one more way for fans to be involved with the team. 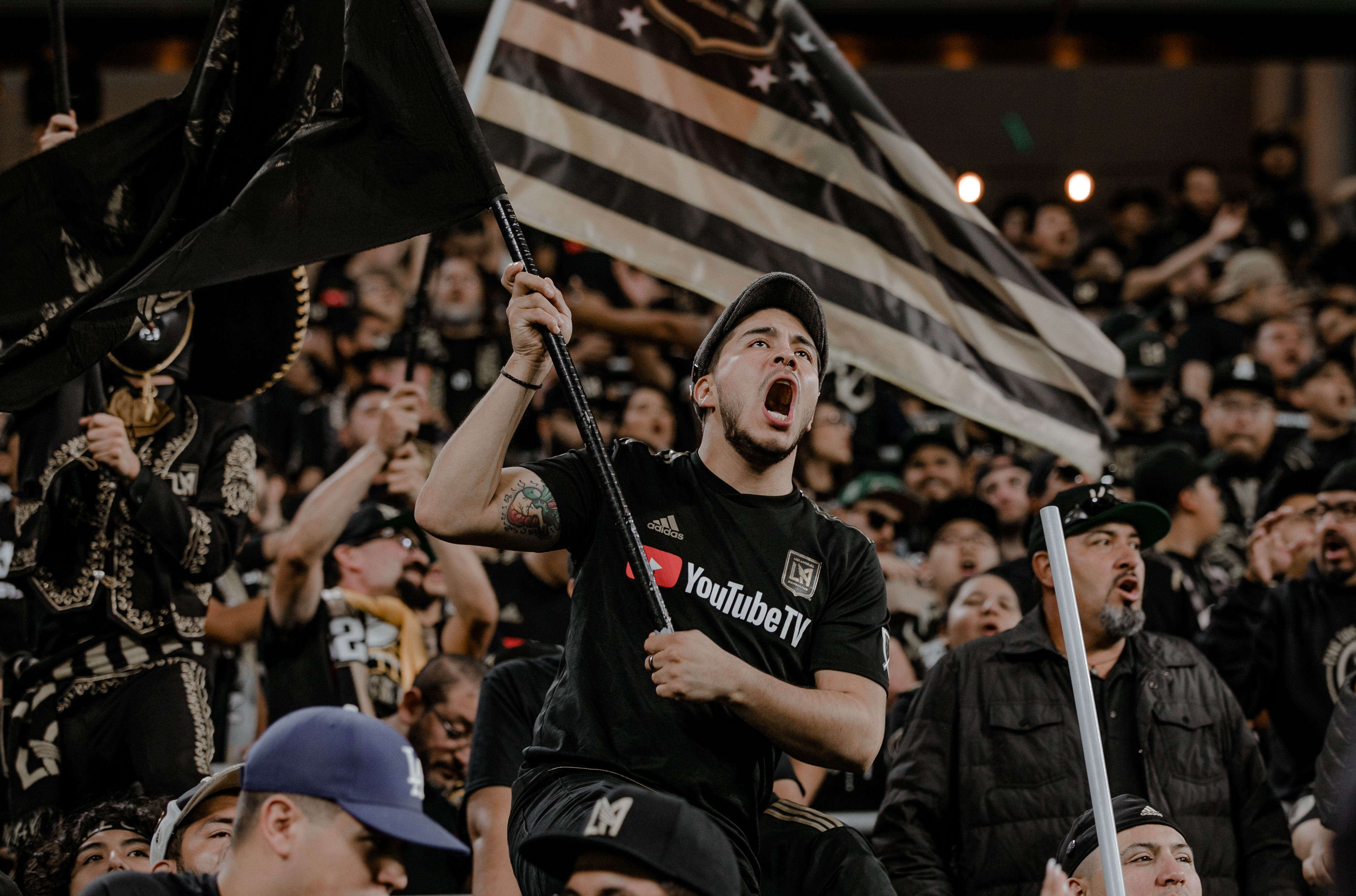 While the show was intended to give fans a deeper look into the team, it has also given the team a better look into the fans. From the YouTube series the club has been able to better understand what kind of content fans want to see. Other social media platforms like Twitter and Reddit serve as a forum where LAFC supporters can express their opinions on the videos that have been released and what they’re wanting out of future installments. This type of fan integration has been growing with the rise of interactive online sites, but LAFC is now able to tailor its upcoming content to its specific audience. The show has also been able to reach a different market of fans, since not all fans were active on their other social platforms. By releasing pre-game videos mid-week, the series is also able to spark excitement and anticipation among fans for the upcoming game.

The program is still in it’s first year of production, however, the club is excited to continue its partnership with YouTubeTV and to see what is to come for the ‘Black & Gold’ show.

For more information on the ‘Black & Gold’ series contact LAFC PR at lafcpr@lafc.com.

To see some of the videos that are part of the ‘Black & Gold’ show, including Blessing’s journey, you can check out these links: