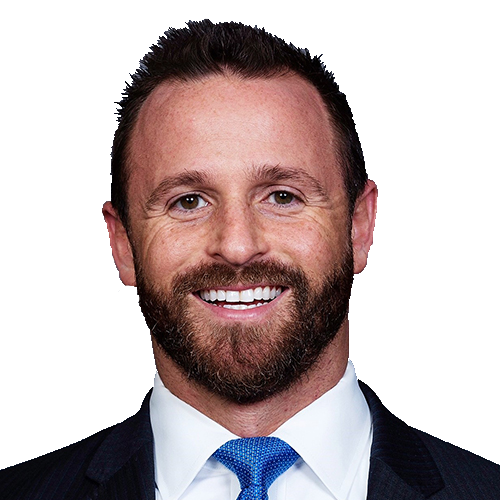 Jared joined the Coyotes in October of 2020 as the Executive Vice President of Corporate & Premium Partnerships. In this role, Jared was responsible for overseeing and leading all corporate partnership & premium sales, service and activation operations while developing and enhancing relationships with current and prospective Coyotes Partners.

Prior to joining the Coyotes, Jared spent 7 seasons in the NFL with the Detroit Lions, most recently as the Executive Director of Business Development & Premium Partnerships. In this role, Jared oversaw a year-round business development platform designed to aggressively serve three key revenue streams (Ticketing, Premium Seating & Partnerships). During his time with the Lions, Jared led the sales & service initiatives for the $100M+ renovation of Ford Field.

Before his time in Detroit, Jared served as the Director of Suite Sales for the Milwaukee Brewers and as the Manager, Ticket Sales & Services with the San Francisco 49ers, overseeing the transition of the 49ers fan base from Candlestick Park to Levi’s Stadium. Jared has also held various other business development roles for the Kansas City Royals, the Kansas City Chiefs and the St. Louis Blues. Jared began his career in professional sports as a Corporate Partnerships intern with the St. Louis Rams.

Jared grew up in Buffalo, NY and graduated from the University of Wisconsin-Madison, before earning his J.D. and M.B.A. from Saint Louis University. Jared and his wife Margo have one daughter (Shayna) and a son (Dane). He and his family reside in Scottsdale.