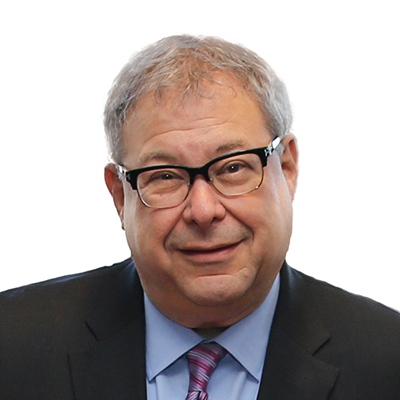 The Atlanta Hawks Basketball Club named Steve Koonin its Chief Executive Officer in April 2014. Koonin oversees all business, financial and strategic operations of the Atlanta Hawks and State Farm Arena and represents the owners as the head of the organization.

Under Koonin’s leadership, the Atlanta Hawks recently secured a landmark partnership with State Farm as the new naming rights partner for the team’s transformed venue – the State Farm Arena – which completed a $192.5 million transformation and debuted in October 2018. The arena was a finalist for Street & Smith’s Sports Business Journal’s Sports Facility of the Year and finished first in the NBA in Satisfaction with Overall Game Experience. He was also at the helm as the franchise closed its deal with digital health company Sharecare to become the team’s official jersey patch partner. That collaboration earned the NBA’s coveted 2017-18 Partnership of the Year Award. During his tenure, the team built a state-of-the-art practice and training facility at the Emory Sports Medicine Complex in Brookhaven, Ga., entered the NBA 2K League with Hawks Talon GC, becoming the city’s first professional sports team with an e-sports team. The team added the Hawks’ ownership and operation of an NBA G League franchise, the College Park Skyhawks, who will move to its new permanent home in College Park, Ga., in the 2019-20 season.

Koonin, a longtime entertainment and marketing veteran, joined the Hawks after spending the previous 14 years with Turner Entertainment Networks, most recently serving as the division’s president. Prior to his stint at Turner, Koonin helmed the marketing and worldwide advertising operations at The Coca-Cola Company, where he spent over a decade.

A lifelong resident of Atlanta, Koonin serves as the Chairman of the Board for the Georgia Aquarium, is on the boards of Rubicon Global, and the Fox Theatre, and is an Executive Committee Member of the Metro Atlanta Chamber of Commerce. He is also on the board of GameStop, the world’s largest video game and entertainment software retailer.

Among his many accomplishments, Koonin is a former SportsBusiness Journal Sports Executive of the Year, and has been named one of: The 100 Most Influential Atlantans by Atlanta Business Chronicle; Atlanta Magazine’s Most Powerful People Shaping Atlanta; Entertainment Weekly’s Smartest People in Television; and was selected for The Power List by TV Guide.