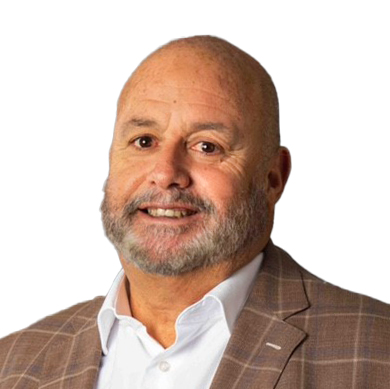 With over three (3) decades of proven performance in sports marketing and senior leadership roles with iconic major league franchises and sports organizations, del Prado brings a wealth of experience and success to his role with the San Diego Padres.

As Senior Vice President Corporate Partnerships, del Prado oversees corporate and media sponsorship sales and service for the club. During his tenure, the Padres have achieved new highs in sponsorship revenues each season, growing net revenue nearly 300%.  These increases have been achieved by deepening relationships, bringing in new non-traditional sports categories and designing and executing unique and cutting-edge partnerships with numerous national brands as well as many of the region’s top companies.   Partnerships that not only provide brand awareness, activations and consumer engagement, but also enhance Padres fans game experience and ability to engage with the team.  A few samples of MLB firsts achieved include the selling of first MLB Patch deal, with Motorola, Quidel Diagnostics partnership, Sony Experience Gaming Suite, Psyonix Rocket League Game Station, Callaway Golf the Links at Petco Park, Budweiser All Access Experiences, Gallagher Square and numerous partnerships with Mexico based companies like Canel’s, Farmacias Roma, Visit Baja California, Yucatan Tourism Board, and Sesajal (Chosen Foods).

He has also previously served as Vice President, Sales and Marketing for the Los Angeles Dodger, overseeing all revenue and marketing functions for the club.  While at the Dodgers not only did he lead franchise to record numbers across all revenue areas, he also helped create and execute Viva Los Dodgers, an award winning concert promotion, as well as the Dodgers first ever Spanish language advertising campaign.  Prior to joining the Dodgers, del Prado spent two years as general manager of the Los Angeles Galaxy MLS soccer team. Under his watch, the team led Major League Soccer in attendance and sponsorship revenue, while playing for the MLS Cup.

Del Prado has also served as SVP Corporate Marketing for the 1999 FIFA Women’s World Cup, to this day the most successful women’s sporting event ever held.  Previous to that he spent nine years as the top sales and marketing executive of the NHL’s Los Angeles Kings, where he created the NHL’s first ever Spanish Language TV and Radio broadcasts and led the sales effort that resulted in the Staples Center naming rights deal and a majority of the Founding Partner deals for Staples Center and LA Live.

Born in Havana, Cuba, before emigrating to the United States with his family as a child, Del Prado earned a Bachelor of Science degree in business administration from California State University, Long Beach.