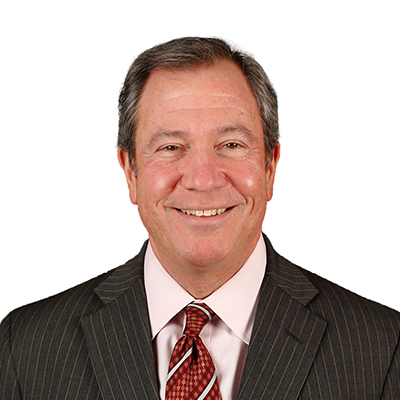 Mario Alioto, a member of the Giants front office since 1983, is responsible for all revenue and marketing areas of the organization. This includes all ticket sales functions, sponsorship and media sales, promotions, special events, ballpark entertainment, branding and advertising, creative services, publications and the Giants Dugout Store retail operation. He also oversees the relationship with the team’s food concessionaire Bon Appetit, and the organization’s TV and radio partners (NBC Sports Bay Area, NBC Bay Area, KNBR 680 AM and En Español KXZM 93.7 FM).

Since AT&T Park opened in 2000, Alioto has been responsible for overseeing a record breaking sales strategy that has consistently placed the Giants as one of the top sponsorship generating teams in all of Major League Baseball. Over the past six seasons, Alioto has led the effort that has attracted more than 3.3 million fans through the turnstiles each year, and is a key member of the leadership team that is responsible for making the ballpark experience at AT&T Park one of the best in professional sports.

Alioto served as Vice President, Sales & Marketing during the final years at Candlestick Park. He oversaw a promotional lineup in 1999 that included the first ever bobblehead promotion, which has since become one of the most popular premium items in professional sports. Alioto also played an integral role in developing the Charter Seat program and Winner’s Circle sponsorship program as the Giants prepared to build AT&T Park.

The St. Mary’s graduate lived out every youngster’s dream by starting with the organization as a batboy in 1973 and later served as visiting clubhouse manager prior to moving to the front office in 1983.

Alioto and his wife Kelly live in the East Bay and have four children.

Today we honor those who have served, sacrificed, and died for our freedom. We salute their bravery and the sacrifice that they have made for this country! #MemorialDay2020 #sacrifice #remember #honorourfallen #thankyou ... See MoreSee Less

The NSF has teamed up with Ohio University and their partners at U.S. Integrity to discuss everything you need to know about sports gambling. Tune in this Thursday, May 7th at 11:00am PT/ 2:00pm ET to learn more about how sports gambling will impact the sports industry. We will also be discussing tools to help educate coaches, students, and administrators on how to prevent, identify, and react to instances of sports-betting fraud. Tune in on Friday, April 10 at 11am PT/ 2pm ET.

Shot Callers: Front Office Sports caught up with our Official Sponsor Advent's CEO, John Roberson, during the 2020 National Sports Forum to discuss a wide range of topics, including the importance of audience insight and understanding the "everyday fan." Teams, brands, and sponsors -- now more than ever -- should take the time to listen to one another and to their fans to deliver the best experiences possible.

The The National Sports Forum has teamed up with our Official Website Development Partner, Bauer Entertainment Marketing, to present "How to Avoid a 'Fan-Demic' During the Coronavirus Crisis." During this free webinar, you'll learn innovative ways to attract, retain, and activate sponsors through digital channels, even if you have to cancel your games. Tune in on Friday, April 10 at 11am PT/ 2pm ET.

Celebrate America all summer with our limited-edition Patriotic cans, available in stores nationwide.

The new Red, White & Blue camo cans are the perfect way to pay tribute on Memorial Day Weekend, and we’ll be donating $1 per case sold to @FoldsofHonor (up to $75,000).

Today we honor those who have served, sacrificed, and died for our freedom. We salute their bravery and the sacrifice that they have made for this country! #MemorialDay #SACRIFICE #Remember #HonorOurFallen

Check out today's "Selling It" story discussing @TeamFundRaisers & @TheSunDevils partnership to help raise funds for the Sun Devils Athletic Program and their community through COVID-19!

Join our friends @TradableBits TOMORROW @ 10:00am PT / 1:00pm ET for their free webinar, "Turn Up The Volume On Your Fan Marketing Using Spotify". Panelists organizations include @Spotify @penguins & @GovBallNYC!!

Don't miss out and register at https://tradablebits.com/trk/UdmF

Anyone else out there LOVE sports trivia? Anyone want to win $100???

Today there are TWO chances to play & win! First game is at 3:33pm ET and there’s an extra game running at 8pm ET!

It’s free & it’s fun, so see if you can #RunTheTable

Check it out at https://theoddsfactory.com/runthetable/