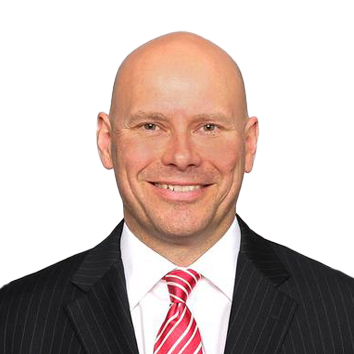 Vidalin has spent the last 10 seasons in the NFL and the last three with the San Francisco 49ers as their chief sales officer. While with the 49ers, Vidalin was responsible for generating hundreds of millions in contractually-obligated income well ahead of the stadium opening in 2014, including the groundbreaking naming rights deal with Levi’s for the new 49ers stadium in Santa Clara, CA. Prior to his position with the 49ers, Vidalin spent six seasons with the Houston Texans as vice president of sales and marketing. Earlier in his career, Vidalin served as vice president of marketing for the NHL’s Washington Capitals, director of marketing for the NHL’s Calgary Flames and key accounts manager with Alberto Culver Canada. In addition, Vidalin previously served as vice president of client service with MGM Communications, a full-service advertising agency based in Calgary, Alberta, Canada.

Vidalin has served on the board of the Boys and Girls Club of Silicon Valley and the San Jose, Silicon Valley Chamber of Commerce as well as being a member of the board of directors for the Houston Area Boys & Girls Clubs and the YMCA. He is also an advisory board member to the Baylor Sports Sales program.

Born and raised in Edmonton, Alberta, Vidalin is a graduate of communications from Lethbridge College at Lethbridge, Alberta, and later completed his MBA at Royal Roads University in Victoria, British Columbia. He and his wife have two daughters.