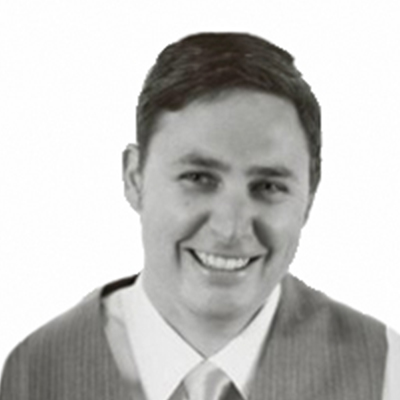 Doug Bentz is in his 14th season with the San Jose Sharks organization and his fourth as Vice President, Marketing & Digital. In his current role, Bentz is responsible for strategic planning and execution related to all of the organization’s marketing efforts including brand marketing and creative, performance marketing, digital experience, content production, live event production, fan engagement, and fan development. He also serves as the Board President of the Sharks Foundation, the Sharks non-profit arm. He is also heavily involved in the organization’s corporate strategy and culture development.

During his tenure with the Sharks, the organization has been recognized with several awards including a Northern California Emmy Award for the “Sharks For Life” commercial campaign in 2017, a J.D. Power Award for Overall Fan Experience in the Bay Area in 2017, and the IDEA Golden Matrix Award for Best Game Presentation in Hockey in 2017.

Prior to being named vice president, Bentz served as the team’s Director of Marketing & Digital Media from 2008-2014. Bentz joined the Sharks in 2005 as a Marketing Manager. Before joining the Sharks, he worked at the National Basketball Association in the Marketing Partnership division as well as at two advertising agencies, TMP Worldwide and Mediasmith, Inc.

A San Diego native, Bentz graduated from the University of California, Berkeley in 1999 with a degree in business administration. He has a passion for the community highlighted by a 5,400 mile cross-country bicycle ride in 2004 through which he raised $18,000 for the Make-A-Wish organization. He lives in Danville with his wife Alli and their son Frank and daughter Lucy.

The NSF is excited to team up with our friends at Tradable Bits for a FREE webinar TOMORROW discussing everything you need to know about driving innovation within your organization! Panelists Maliha Altaf and Brian Matzat will also discuss how their organizations are paving the path for a new era of fan-engagement and digital activations.

Tune in tomorrow - Wednesday, June 24 @10am PST/1pm EST - to hear tried and true examples of innovative campaigns and strategies our panelists and their organizations have developed and activated!

The NSF is going virtual! We are excited to announce the NSF Virtual Summit Series. The Summit Series will consist of 3 summits that include everything attendees love about the National Sports Forum in a more intimate, virtual setting. Each of these unique conferences will provide attendees the chance to experience two days filled with networking, education, and idea-sharing at their fingertips. We’re bringing the Forum Family together in a virtual setting – this is a series that you won’t want to miss!

To register for a Summit Series event, please visit: bit.ly/30KiRGs

We are accepting Speaker Applications from June 15th - July 15th, 2020. If you are interested in leading a breakout session at a Summit Series event, please visit: bit.ly/2zyrVmr ... See MoreSee Less

Check out today's "Selling It" feature discussing how the Frisco RoughRiders​ raised thousands of dollars for the North Texas Food Bank through their virtual Home Run 5k event.

We are deeply saddened to share that NSF BDSE 2020 Cohort member, Ade Ayodele, has passed away. In lieu of flowers, Ade’s family have asked for donations to the @TheVFoundation.

I've always been a huge fan of the @NatlSportsForum so I'm not surprised by this, but so glad to see them take a concrete step of creating a new pillar of content focused strictly on diversity and inclusion within sport business.

Tune in tomorrow - Wednesday, June 24 at 10am PST/1pm EST - to hear tried and true examples of innovative campaigns and strategies our panelists and their organizations have developed and activated!

To register for our FREE webinar, please visit: https://bit.ly/37GQfiy