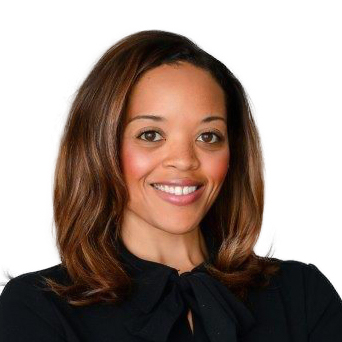 In her first season as President, Johnson’s strategy culminated in the Sparks winning the 2019 WNBA Business Franchise of the Year Award, laying a blueprint for increasing equity in women’s sports and thriving in a traditionally male-dominated industry.

In 2020, Johnson helped the Sparks launch Change Has No Offseason, a long-term social justice pillar focused on combatting systemic racism and sexism. The campaign includes voter registration and education programming, immigration reform initiatives, as well as an enhancement of existing programs related to women’s issues, mental health and wellness, and police and youth relations.

Johnson got her start in sports management with the Fayetteville Patriots, the first NBA G League team where she helped launch the Bakersfield Jam and later the Tulsa Shock of the WNBA. She’s also worked for the Los Angeles Clippers, Washington Mystics, Phoenix Mercury and Phoenix Suns. With over 15 years of experience, Johnson is one of the only high-level sports executives to serve in management roles in the WNBA, NBA and NBA G League.

Johnson has combined powerful private and public partnerships, increased media coverage and social media engagement, and unique community initiatives to drive sponsorship revenue and ticket sales. Both her personal story and approach to sports business is ground-establishing not just for women’s sports teams, but for any organization trying to grow in a competitive market.

Outside the WNBA, Johnson sits on the board of the Share Winter Foundation, is a member of Delta Sigma Theta Sorority Inc., and is a WISE Within Mentor. She has a passion for travel, cooking and mentoring young professionals. Johnson hails from Fayetteville, North Carolina and attended Western Carolina University where she earned her degree in Sports Management.

Our Summer Newswire is HERE! Virtually flip through our latest issue to learn more about our NSF Virtual Summit Series, our quickly-approaching Virtual Fall Summit on September 16-17, 2020, adding Diversity & Inclusion as the fifth pillar of the National Sports Forum, and much more!

We are pleased to announce the panelists for our Virtual Fall Summit Super Panel, “A View From The Top”. You won’t want to miss the opportunity to hear the top sports executives in the industry discuss how they lead their organizations in a competitive market and share insights on the latest sports business trends and what we can expect to see in 2021!

A huge thanks to everyone who was able to attend, speak, and/or sponsor and exhibit at the inaugural NSF Virtual Fall Summit!

We would appreciate it if you took a few minutes to complete our Fall Summit Attendee Survey.

We're excited for yet ANOTHER round of Breakout Sessions! Join us NOW and listen to all of these fascinating and relevant topics pertaining to the world of sports business today!

We hope you enjoyed our Super Panel!

Now, we're shifting gears and kicking off our Breakout Sessions with industry leader's in the sports biz industry.

Our Breakout Sessions are NOW OPEN!

Day 2 of our NSF Virtual Fall Summit is kicking off with our "On The Firing Line: Managing Through The Age of Coronavirus" Super Panel!

Don't miss out on the opportunity to hear from these all-star speakers!

Our SECOND day of the NSF Virtual Fall Summit will begin in just 5 minutes!

Come on in and join us for another great day of education, speakers, breakout sessions, and networking!