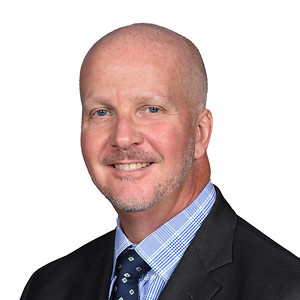 Charles H. (Chuck) Steedman currently serves as the Executive Vice President, Strategy and Development for
ASM Global. In his role, he is responsible for global strategic planning and business development for the
largest venue operator (325+ arenas, stadia, theaters and convention centers) in the world.
Prior to assuming his role with ASM (which was formed by a merger of AEG Facilities and SMG in October of
2019), Chuck served as AEG Facilities Chief Operating & Development Officer, overseeing the company’s day‐
to‐day operations of stadia, arenas and convention centers around the globe. He directly managed the
Company’s financial, content development, operational, commercial and human resources and played a
significant role in business development domestically and abroad. He also was responsible for driving
innovation both corporately at AEG and with the respective venues globally. From March 2014 to June 2018,
he served as the Company’s Chief Operating Officer.
Steedman was a member of The Anschutz Companies (AEG’s parent company) Data Steering Committee and
drove the Company’s advancement in big data focusing on the creation of business intelligence and analytics
surrounding customer acquisition, engagement and retention. In addition, he served as a member of AEG’s
Operating Committee as well as the Cyber Security Risk Management and Technology Governance
committees. He has also was one of the leaders in the company’s foray into eSports, negotiating major event
deals as well as working closely with Immortals, the eSports team in which AEG invested in 2018.
Upon joining AEG in June of 2008, Steedman served as Senior Vice President and General Manager of AEG
Connecticut LLC until 2013. In that role, he was responsible for overseeing all business activities of the 16,200‐
seat XL Center (formerly the Hartford Civic Center) and the management for 40,000‐seat Rentschler Field.
Steedman also lead business management of the Hartford Wolf Pack / Connecticut Whale of the American
Hockey League, the New York Rangers’ top minor league affiliate.
In addition to the duties in Connecticut, Steedman also coordinated a number of stadium and arena business
development projects. In that capacity, he oversaw deals that resulted in AEG securing multi‐year
management agreements for four stadia in Brazil, including Estádio Maracanã in Rio de Janeiro and Allianz
Parque in São Paulo. In addition, he was directly responsible for all legal, financial and operational aspects for
the start‐up of AEG’s companies in Brazil.
Prior to his appointment with AEG, Steedman spent the previous seven‐plus years under the employ of New
England Sports Ventures (NESV), the parent company of the Boston Red Sox, New England Sports Network

(NESN) and Fenway Sports Group (FSG). Most recently, he served as Executive Vice President of FSG and as
Vice President for the Boston Red Sox.
During his period of management, the Sox’ Fenway Enterprises (non‐baseball uses of Fenway Park) business
more than doubled its revenue and profitability to the team, operating over 400 events annually. In 2007, the
Fenway Park Tour program hosted over 250,000 guests at the venerable ballpark, making it the largest
ballpark tour business in Major League Baseball. In his role with FSG, Chuck was devoted to the Boston College
relationship since the school signed on as FSG’s first client in 2004, spearheading revenue growth in excess of
350% in just three years of his management.
In 2006, Steedman was part of the team that negotiated the largest radio broadcast agreement in MLB history
as the Club announced a groundbreaking 10‐year deal with Entercom and its Boston Flagship stations WEEI
and WRKO. He also directly managed a significant expansion of the Club’s radio network affiliates.
In 2004, Steedman led a deal that resulted in Fenway Park and the Red Sox being prominently featured in the
Farrelly Brothers feature film, Fever Pitch. He also created and coordinated both the 2004 and 2007 World
Series Trophy tours, including visiting all 351 cities and towns in Massachusetts following the Club’s historic
2004 World Series victory. He dramatically expanded the Red Sox marketing footprint throughout New
England, launching popular “State Days” at Fenway Park while also spearheading numerous grass‐roots
marketing initiatives in the region.

Prior to his appointment at NESV in 2002, Steedman was the founder and principal of Steedman & Partners,
and worked extensively on the acquisition of the Red Sox, Fenway Park and NESN by New England Sports
Ventures. In his capacity with the prospective ownership group, he coordinated financial analysis, legal and
financial due diligence, relations with prospective investors, and the Major League Baseball owner application
process. He was also responsible for securing several of the external firms used by the bid group in its
successful acquisition (investment bankers, legal representation, accounting, public and media relations and
ballpark architects).

Steedman has an extensive background in the venue, media, sports and entertainment business that includes
tenures at The University of Connecticut (Director of Athletic Marketing), Raycom Sports (Vice President
Programming and Events), the American Skiing Company (Senior Vice President Sales & Marketing) and
Resorts Sports Network (Managing Director). In addition, he has served as a consultant for a number of arena
and stadium revenue projects, broadcast negotiations, and event creation and management projects. He has
directly managed professional tour golf events, college football bowl games, collegiate basketball tournaments
and numerous made‐for‐TV events, including ESPN’s Winter X Games’ two‐year stay at Mount Snow, Vermont.
Over the course of his career, Steedman has negotiated numerous major sponsorship deals including naming
rights agreements, managed long range capital project planning, negotiated pro sports team tenant
agreements, numerous successful union/labor negotiations, major vendor and service contracts and engaged
in governmental relations at the local, state and federal levels.
He has received numerous awards during his career including the University of Massachusetts Sport
Management Distinguished Alumnus Award in 1996 and recognized as one of the Charlotte Business Journal’s
Top 40 Under 40 Executives in 1995. In 2011 he received the Thomas J. Shortell Award from the Greater
Hartford Convention and Visitors Bureau, recognizing his role in attracting major events to the Hartford
region. Three times he was named by Hartford Magazine as one of the region’s most influential people. In 2012, he was elected as the first‐ever chair of the Connecticut Convention and Sports Bureau’s Sports Advisory
Board (state‐wide sports commission) and served on the CCSB’s Executive Committee. USA Gymnastics
presented Steedman with its “Person of the Year” award in 2013. He currently serves on the Association of
Luxury and Suite Directors (“ALSD”) Design/Build Board and recently been a featured panelist and speaker at
such events as the Consumer Electronics Show and the Mobile World Congress.
He has been very active with his undergraduate Alma Mater, serving as Chair of the inaugural Industry
Advisory Council for the Sport Management program and later as Chair of a capital campaign for Sport
Management. He has also served as a member of the Isenberg School of Management’s Business Advisory
Council and has served as an adjunct member of the faculty at Western New England University’s School of
Business.

A native of East Brookfield, Massachusetts, Steedman graduated from the University of Massachusetts
(Amherst) in 1984 with a Bachelor of Science degree in Sport Management and added an MBA from the
McColl School of Business at Queens University in Charlotte, North Carolina in 1994. In 2017, he added a
continuing education certificate from MIT in data aggregation and analytics. He is married to the former Lisa
Allen and has two children, Andrew, an Ithaca College graduate and Manager of Premium and Partnership
Sales for MLS soccer team New York Red Bulls, and Michael, a Washington & Lee University graduate and
Associate with Great Point Partners, a private equity firm in Greenwich, CT.
In his leisure time he enjoys cycling, swimming, trail running, skiing and golf. He has successfully completed 18
consecutive Pan Massachusetts Challenge cycling events, covering 192 miles over two days each year as part
of the nation’s largest athletic‐based fund‐raising event. In the process, he has personally raised over
$250,000 in the fight against cancer. In the summer of 2012, he created #CHUCK512 Cycling for Cancer
Research Tour, a 512‐mile solo cycling ride that took him from Niagara Falls, NY to Sturbridge, MA and raised
over $50,000 for Boston’s Dana Faber Cancer Institute. After working extensively on projects with the
organization, he recently was elevated to a Board member of Team Special Ops Survivors (a 501(c)3 charity)
which is the only organization exclusively dedicated to serving surviving spouses of active duty Army, Navy, Air
Force and Marine Special Operations personnel who have died in combat or training since September 11,
2001.