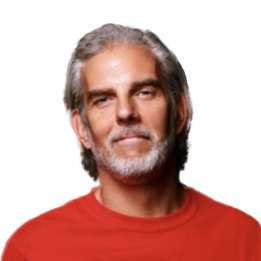 Bill McCullough is an 11-time Emmy® Award winner who currently serves as Executive Vice President of Content for the global gaming organization FaZe Clan. Named to Adweek’s Top 100 Creatives for 2020, Bill is responsible for developing and executing original content and creative strategies across all platforms and genres, and he oversees the production, programming and social media teams. Prior to joining FaZe Clan, Bill was Vice President/Creative Director for the NFL, where he led all advertising and marketing creative across NFL Media and its properties. In 2019 Bill and his team were nominated for 22 ProMax awards winning 8, and his 2019 NFL Draft campaign won a Clio and Cynopsis Award for Best Integrated campaign. As former Vice President of HBO Sports and Executive Producer of GoPro Entertainment, Bill has earned a reputation for developing and producing wildly successful premium content like Discovery’s NFL Super Stadiums,  Dude Perfect Super Bowl Trick Shots (27M+ views) and the 8-part Facebook docu-series Hala Madrid! (30M+ views).

During his time at HBO, Bill creative directed and edited the Emmy® Award-winning HBO documentaries Breaking the Huddle, Assault in the Ring, Lombardi and Namath. He won his first Emmy® for editing the HBO documentary Howard Cosell: Telling It Like It Is. Bill also rebranded and  directed  the critically-acclaimed HBO series Real Sports with Bryant Gumbel,  and won his most recent Emmy® as Director for Outstanding Sports Anthology. During the early 2000’s Bill owned the NYC-based and Emmy Award winning production company Wonderland Productions, where he collaborated with clients including HBO, ESPN, NBC, McDonalds, Jaguar, Land Rover and Pepsi among many others.

Bill has won Emmys as a producer, director, creative director, editor and composer.