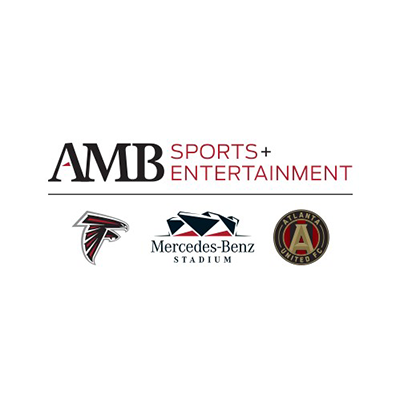 Perhaps best known as co-founder of The Home Depot, Arthur Blank is now widely recognized for his diverse businesses. Distinguished by Forbes as one of the World’s 100 Greatest Living Business Minds 2017,  Sports Business Journal’s Executive of the Year 2018 and Sports Business Journal’s one of the 50 Most Influential People in Sports 2016, 2017 and 2018, Blank’s Family of Businesses portfolio currently includes the Atlanta Falcons; Atlanta United; PGA TOUR Superstore; The Arthur M. Blank Family Foundation; Mountain Sky Guest Ranch; West Creek Ranch; and AMB Group, the parent company of his for-profit businesses. Blank and the Falcons, in partnership with the city of Atlanta and the state of Georgia, are the private funders of Mercedes-Benz Stadium. The stadium is operated by the Atlanta Falcons Stadium Company, a newly-created company also owned by AMB Group, and is home to the Falcons and Atlanta United.

While diverse in nature, all of Blank’s businesses are run based on a common set of core values, which focus on developing customer relationships, treating associates with respect, and supporting communities. Blank believes in the importance of making a difference – professionally and personally. In addition to the company’s financial success, during his 23 years with The Home Depot the company donated more than $113 million to communities, and Home Depot associates provided hundreds of thousands of hours of personal volunteer time. Blank is applying the same business acumen and values in building his competitive, successful and community-oriented businesses today.

Blank is dedicated to his own giving back. Through his generosity, The Arthur M. Blank Family Foundation has granted more than $360 million to support early childhood development, education, the arts, and parks and greenspace. The foundation also leads giving programs for each of the for-profit businesses in Blank’s portfolio.

A native of Queens, N.Y., Blank received a B.S. Degree in Business Administration with Distinction from Babson College, where he was active in a wide variety of extracurricular activities.

A Babson College alum, Blank resides in Atlanta, Georgia and is the father of six children and has six grandchildren.

Consistent with the way he approaches work and life, his favorite T-shirt appropriately reads, “There is no finish line.”

Today we honor those who have served, sacrificed, and died for our freedom. We salute their bravery and the sacrifice that they have made for this country! #MemorialDay2020 #sacrifice #remember #honorourfallen #thankyou ... See MoreSee Less

The NSF has teamed up with Ohio University and their partners at U.S. Integrity to discuss everything you need to know about sports gambling. Tune in this Thursday, May 7th at 11:00am PT/ 2:00pm ET to learn more about how sports gambling will impact the sports industry. We will also be discussing tools to help educate coaches, students, and administrators on how to prevent, identify, and react to instances of sports-betting fraud. Tune in on Friday, April 10 at 11am PT/ 2pm ET.

Shot Callers: Front Office Sports caught up with our Official Sponsor Advent's CEO, John Roberson, during the 2020 National Sports Forum to discuss a wide range of topics, including the importance of audience insight and understanding the "everyday fan." Teams, brands, and sponsors -- now more than ever -- should take the time to listen to one another and to their fans to deliver the best experiences possible.

The The National Sports Forum has teamed up with our Official Website Development Partner, Bauer Entertainment Marketing, to present "How to Avoid a 'Fan-Demic' During the Coronavirus Crisis." During this free webinar, you'll learn innovative ways to attract, retain, and activate sponsors through digital channels, even if you have to cancel your games. Tune in on Friday, April 10 at 11am PT/ 2pm ET.

Celebrate America all summer with our limited-edition Patriotic cans, available in stores nationwide.

The new Red, White & Blue camo cans are the perfect way to pay tribute on Memorial Day Weekend, and we’ll be donating $1 per case sold to @FoldsofHonor (up to $75,000).

Today we honor those who have served, sacrificed, and died for our freedom. We salute their bravery and the sacrifice that they have made for this country! #MemorialDay #SACRIFICE #Remember #HonorOurFallen

Check out today's "Selling It" story discussing @TeamFundRaisers & @TheSunDevils partnership to help raise funds for the Sun Devils Athletic Program and their community through COVID-19!

Join our friends @TradableBits TOMORROW @ 10:00am PT / 1:00pm ET for their free webinar, "Turn Up The Volume On Your Fan Marketing Using Spotify". Panelists organizations include @Spotify @penguins & @GovBallNYC!!

Don't miss out and register at https://tradablebits.com/trk/UdmF

Anyone else out there LOVE sports trivia? Anyone want to win $100???

Today there are TWO chances to play & win! First game is at 3:33pm ET and there’s an extra game running at 8pm ET!

It’s free & it’s fun, so see if you can #RunTheTable

Check it out at https://theoddsfactory.com/runthetable/