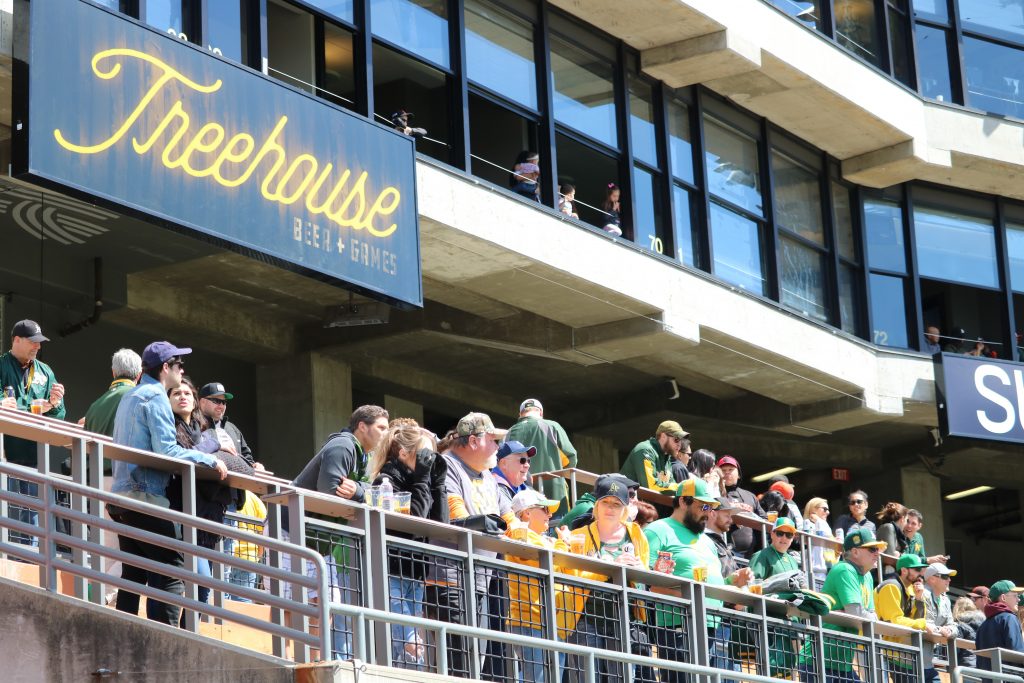 Dear Faithful Readers,
Subscription-based pricing has been a popular pricing model with the millennial generation and many of our friends in Major League Baseball have been utilizing this model for tickets through their Ballpark Passes. This model not only makes tickets accessible to everyone through the lower cost per ticket but also is “millennial-friendly”.

This week we wanted to bring you a story from the Oakland A’s and how they enhanced their Ballpark Pass with a buildout of a new area of their stadium. The Treehouse Pass offers fans an affordable way to make it to the ballpark with a unique viewing experience.

“The Oakland A’s Tree House Seating Experience offers a unique viewing opportunity for fans while simultaneously boosting an innovative subscription-based ticketing model. The A’s demonstrate an astute understanding for promoting one-of-a-kind offerings to the consumer in an experience-driven economy.”
Visit www.sportsdigita.com to learn more about Sportsdigita.

While Opening Day is always an exciting time around Major League Baseball, one team in particular had more than just the game itself to look forward to. That’s because on March 29th, the Oakland Athletics made its regular season debut of The Treehouse. Looking for a boost in season ticket sales that could build on the success of the team’s subscription-based ticketing option from last season, the A’s created The Treehouse Pass and constructed a 10,000-square foot viewing space for purchasers to exclusively access, allowing fans to experience the action at Oakland Coliseum like never before.

After amassing strong results from a more traditional ballpark pass a season ago, the Oakland A’s looked to build upon that momentum by implementing a similar subscription-based ticketing model. They wanted to offer fans something unique and exclusive that would enhance the overall viewing experience in the ballpark and keep them coming back for more. Seeing the success that other teams around the league had had in sectioning off certain spaces in their ballparks for select fans to enjoy the game, the A’s decided to take it one step further by building an enormous viewing space above the left field bleachers. The new destination area, called The Treehouse, is equipped with two full-service bars, standing-room and lounge seating, and various entertainment such as a live DJ and ping pong, pool, and foosball tables. Additionally, The Treehouse features three unique spaces to enjoy the game, including a patio deck with a bar and lounge seating, an interior space stocked with a renovated bar, additional lounge seating, and a vertical garden, as well as a redwood deck with drink rails and views of the field. And for the dedicated fans who wanted to focus solely on the action, The Treehouse included 2,000 General Admission seats that were available on a first-come, first-served basis.

In order to access the amenities of The Treehouse, the A’s introduced The Treehouse Pass, which could be purchased in one of two ways: a monthly subscription fee of $29.99 per month for six months, or an annual fee of $120. Once purchased, passes could be accessed directly on your mobile device via the MLB Ballpark app. For pass holders who were looking to venture out of The Treehouse to access other areas of the ballpark, The Treehouse Pass offers live ticket upgrades before and during the game, as well as additional incentives such as free preloaded upgrades and discounts on food and drinks inside The Treehouse. Although any fan who has a game ticket can access the area, through granting The Treehouse Pass holders exclusive benefits, the Athletics successfully created a strong interest in the pass that left the whole stadium buzzing.

The Athletics teamed up with Mark Zeff Design to design the layout of The Treehouse, as well as consulted with Brereton Architects. In addition, The A’s worked with Sage Green Life in the construction of the vertical garden on one of the walls. 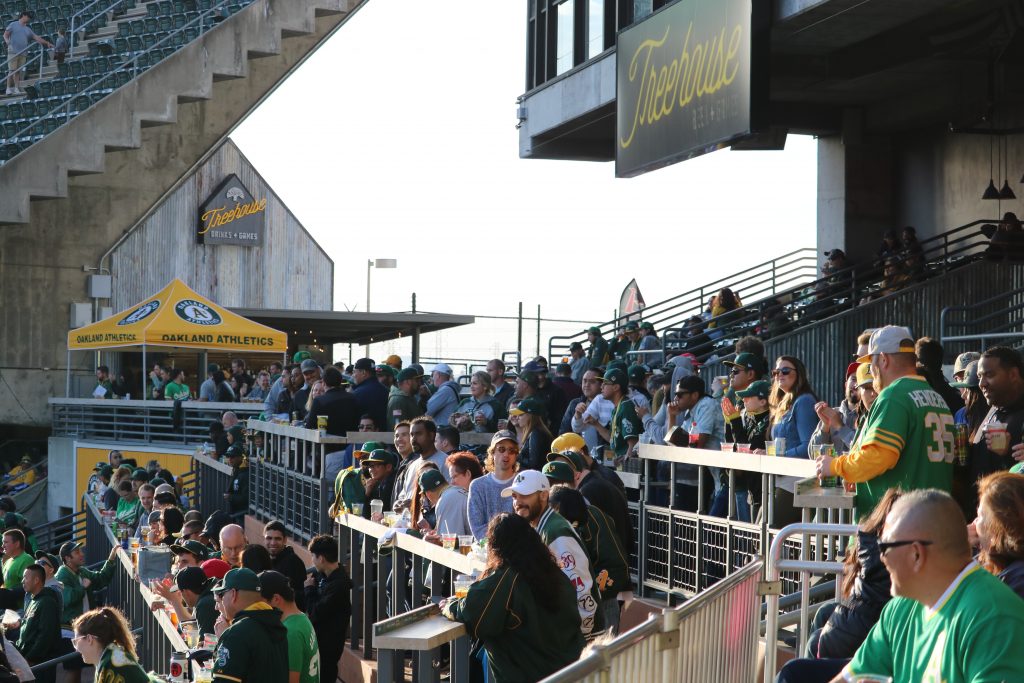 Since its debut, The Treehouse has served as a great new destination area in the Coliseum, building a reputation as a high-traffic social space for fans to come together and experience the game. The A’s noted positive feedback from fans who had subscribed to the pass to access The Treehouse, which is supported by the consistency of the pass’ sales since it was made available for purchase.

After seeing the success of the Ballpark and The Treehouse passes in two consecutive seasons, the Athletics will continue to explore subscription-based ticketing models in the future, utilizing unique spaces in their stadium coupled with significant benefits and experiences to incentivize fans. In constructing a space for fans to come together and watch the game, the Oakland A’s have set the bar high around the league with a remarkable addition to the gameday experience at the Coliseum that you may just have to see to believe.