Posted on December 7, 2016 by National Sports Forum | Selling It | SUBSCRIBE

49ERS TAKE US BACK IN TIME THROUGH AUGMENTED REALITY TRADING CARDS 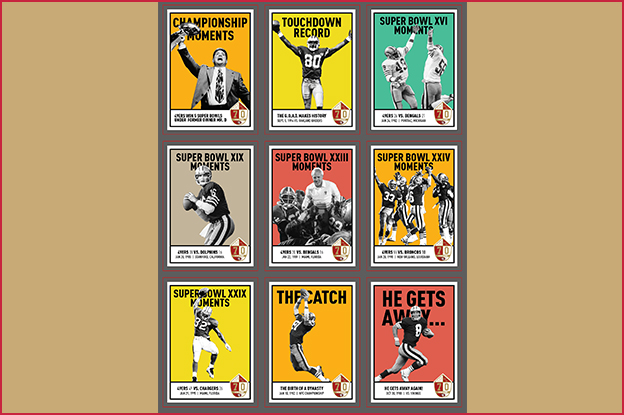 Dear Faithful Readers,
I hope everyone had a great Thanksgiving break and had fun with family and friends! We are nearing the end of the 2016 year… it’s amazing how fast this year has gone. We are now under 70 days of the 2017 Forum, which means that it’s almost time to reunite with the Forum Family!
However, before then, this week we wanted to share a story on long-time Forum Family members, the San Francisco 49ers. This season the 49ers distributed augmented reality trading cards at their home games and utilized their mobile app to recreate some iconic moments in 49ers history. This promotion has been a big hit with the 49ers fans and their players.

Click on the above image for a video on this promotion and enjoy the read!

In celebration of the San Francisco 49ers 70th anniversary, the team brings to life some of the top moments in franchise history using augmented reality. The team agreed Augmented Reality Trading Cards was an ideal approach to reach a wide audience and resonate with millennials in an authentic way. Looking to give lifetime fans a unique experience for their mobile app, the 49ers introduced the ultimate throwback to the glory days. As 2016 marks the 70th season of the San Francisco 49ers, they were looking for creative ways to pay homage to the great history and tradition of the franchise using modern technology.

The 49ers mobile app is a year-round team content companion and, to drive more fan engagement, the 49ers launched a new mobile-only experience in the 49ers official mobile app. Before each regular season home game in 2016, the 49ers distribute 2,000 trading cards outside the Levi’s Stadium Team Store. The nine-card commemorative set showcases prolific moments in 49ers history, but that’s not all. You can use the 49ers mobile app to bring each card to life.

By scanning each card using the 49ers official app, fans can relive iconic moments from 49ers history including, The Catch from Dwight Clark, Jerry Rice’s record-setting touchdown, Steve Young’s famous scramble and Joe Montana’s championship-level cool. The augmented reality platform enables the video clips of those celebrated moments to appear on the card, including the drama that music from NFL Films provides. 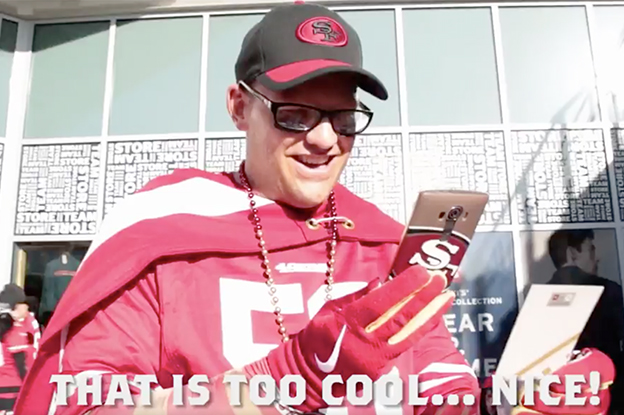 So far, the response has been amazing and the franchise has been encouraged by the early feedback. Education is important to showcasing how the technology works, but once fans experience it, the ‘wow’ factor is definitely there. At the most recent games, all cards were distributed 50 minutes prior to kickoff.

With an in-house production studio, there are several opportunities to continue to use augmented reality, and the 49ers have just unveiled a new feature fans can test out now. To try it out, scan any 49ers oval logo using the app (navigate to scan feature under the More Menu) and watch it come to life with a virtual helmet try-on experience.

The National Sports Forum is the largest annual cross-gathering of the top team sports marketing, sales, promotions, and event entertainment executives from throughout the broad spectrum of teams and leagues in North America. The 2018 NSF Conference and Trade Show will be held on February 12 – 17, 2017 in Minneapolis-St.Paul, MN. Visit www.sports-forum.com.

Ticket Galaxy joins the NSF as an Official Sponsor for the second time in 2017. Ticket Galaxy is the sports and entertainment industry’s leading source for tickets on the secondary market, providing consumers with hard-to-get, sold-out, and discount tickets to live entertainment events in the United States and abroad.