Posted on August 8, 2018 by National Sports Forum | Selling It | SUBSCRIBE

Vikings Honor Life-Long Fans From All Around the World 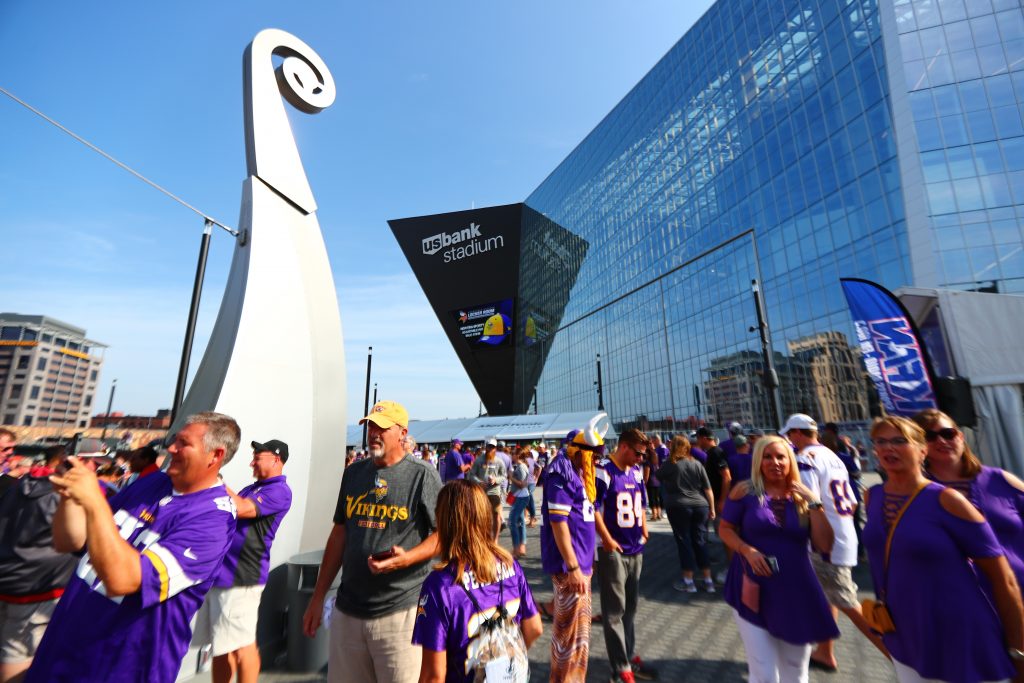 Dear Faithful Readers,
One of the most special things about sports is the traditions each team has within their community. As sports fans, I’m sure we all have a special tradition that creates a connection to our favorite team. So when our team makes a transition, whether it be to a new city or facility, it’s hard to let go of that ritual.

Which is why we wanted to bring you this story from the Minnesota Vikings. When the Vikings moved to U.S. Bank Stadium in 2016, they recognized the importance of bringing one of their longest standing traditions with them, much to their fans pleasure. Hope you enjoy the read!

The Minnesota Vikings Legacy Brick Program emphasizes the power of fan loyalty and franchise support in the NFL. By enabling dedicated fans to become a part of

Vikings history, the Brick Program has successfully engaged its fanbase while tapping into new revenue opportunities for the organization’s success as a whole.

The true fan experience has driven the sports world throughout the centuries.  One team that really epitomizes this concept is the Minnesota Vikings.  Since taking the field for the first time in 1961, the team has made fan engagement a top priority.  So, in 2016, when the Vikings opened the state-of-the-art U.S. Bank Stadium, they wanted to keep engagement at the core of their focus, starting with the unveiling of, the Vikings Legacy Ship. The original Viking Ship located outside the team’s old Winter Park practice facility, was a fan photo opp favorite.  When transitioning to a new stadium, the Vikings wanted to take the Legacy Ship a step further.  With this, the Legacy Brick Program was born.  The Legacy Brick program epitomizes fan engagement and appreciation by allowing for a permanent reminder the fans are a part of the Vikings franchise and U.S. Bank Stadium belongs to all Minnesotans.

The new Vikings Legacy Ship, has served as a meeting place for many fans and proved to be a popular fan feature. The 2,000 square foot LED sail serves as a curved video board and adds both color and excitement to the sculptural landmark. There are also 8 shields on the border of the ship, each representing one of the Founding Partners. However, the key feature of this ship is the Vikings Legacy Brick program, which anchors Vikings fans to their franchise by giving them a chance to be a part of history forever. The Legacy Bricks, installed throughout the ship, create a more personalized feeling, allowing fans to feel that they belong to the Vikings community. Once the program launched in the spring of 2015, Vikings fans began purchasing bricks, with the option to customize the engraving on them.  With the inclusion of their names, personalized messages were also available.  In total, about 16,000 bricks were sold and installed during the summer of 2016, leading up to the opening of U.S. Bank Stadium.

As part of the brick program, fans were also sent a replica brick for their own keeping.  A certificate of ownership and map of the exact location of their brick on the Viking Ship were also provided to fans who made the purchase.  This was also a way for Vikings fans all over the world, even international fans, as well as non-Season Ticket members, to feel part of the new stadium.  This program is exceptionally unique because it is a fan-based market that only features fans, as opposed to including sponsors and other individuals, as well.  The bricks also showcase Vikings history and special moments within the franchise.

“This was a perfect opportunity to recognize the passionate fans who have supported this team for more than 50 years,” said Vikings Owner/President Mark Wilf.  Fans flock to the main attraction of the legacy ship each year to gaze over the thousands of legacy bricks that make up the ship and show their Viking pride.

The Vikings teamed up with Fundraiser Sports, who handled the customer service side of operations.  They also partnered with the Minnesota Sports Facilities Authority (MSFA) to launch a program that allowed Minnesota fans to have their names engraved into Minnesota history. 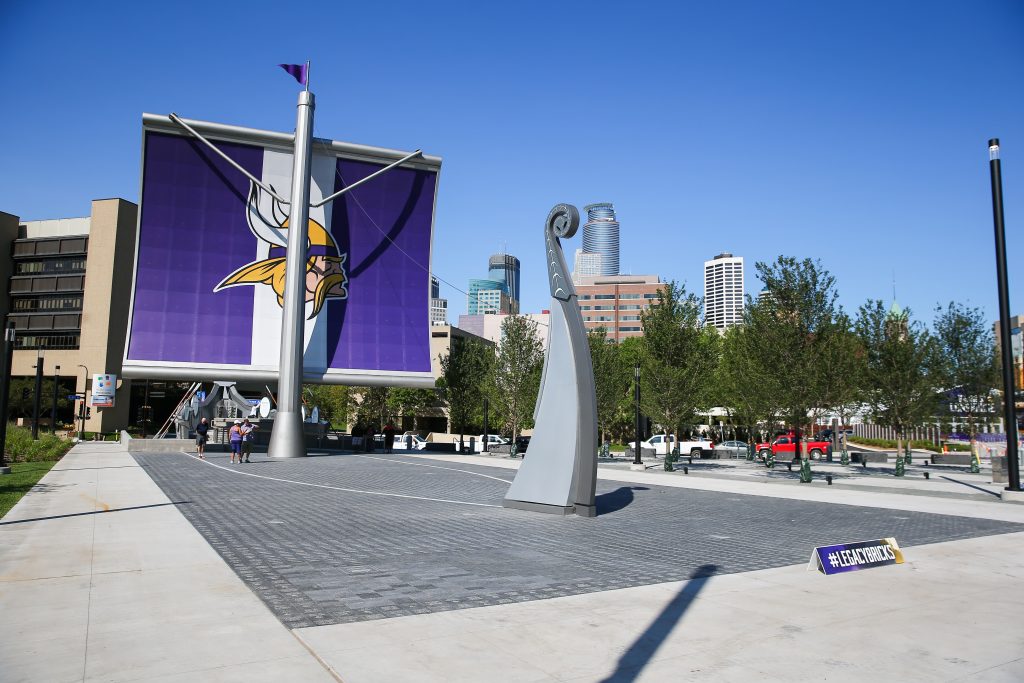 Click on the picture of U.S. Bank Stadium about to learn more about the Vikings Legacy Brick Program!

As a result of this program, the Vikings were able to create a piece of history that honors both the fans and the history of the team. The Viking fanbase really took to the Legacy Brick program and all the bricks that were available for purchase were sold out before the season even began! Due to the sellout and continued demand from fans the Vikings found a way to make even more bricks available, and again, every single one of those bricks was sold to a Vikings fan. Currently nearly 17,000 bricks have been installed with the combination of the Legacy Ship, the bricks created a unique destination within the plaza and connected fans worldwide to the franchise.

Due to the high level of interest, the Vikings will look to the future to explore opening up the program when the time is right.  We’re excited to see upcoming events and programs that further strengthen the Viking fanbase loyalty.

Budweiser is back for their 17th year with the NSF as they are the Official Sponsor of the “Budweiser Gala” that will take place on the evening of Tuesday, February 12, 2019. Anheuser-Busch, Inc., a diversified corporation, is the world’s largest brewer with 12 domestic breweries and distribution in more than 80 countries.