Posted on August 23, 2017 by National Sports Forum | Selling It | SUBSCRIBE

Dear Faithful Readers,
Throughout the history of sports, there have been many great rivalries: Red Sox & Yankees, Lakers & Celtics, Duke & North Carolina, and more. Each of these rivalries instills so much passion and pride from the fans. However, not all rivalries have to be settled on the field, court or ice. This week we wanted to bring you a story about a more lighthearted rivalry between two Minor League Baseball teams. The Lehigh Valley IronPigs and the Fresno Grizzlies built a food-based rivalry and since they play in different leagues, they took to social media to settle the score. Not only were they able to engage their passionate fans, but also engaged food fans all over the country to decide the ultimate question: Bacon or Tacos?
Enjoy the read!

Minor League Baseball teams the Lehigh Valley IronPigs (AAA International League) and the Fresno Grizzlies (AAA Pacific Coast League) have participated in a unique joint promotion focused on creating a food-based rivalry between both fan bases. What originally began with some small jabs on Twitter between two food-frenzied franchises, quickly developed into a creative promotion. The promotion included an online fan vote, which looked to settle the food feud between the IronPigs’ and the Grizzlies’ adopted bacon and taco alter egos.  They decided that the losing team would have to wear the other team’s food-themed caps at a home game later in the season.  Both teams hoped the promotion would encourage fan engagement before the season and increase both ticket and food related merchandise sales.

The food-based promotion idea builds on the success of earlier promotions by both sides. In 2014 the IronPigs introduced the ‘Smell The Change Initiative’ which saw the franchise adopt bacon themed hats and uniforms.  Just a year later, the Grizzlies rebranded as the Fresno Tacos for their annual Taco Truck Throwdown. Both teams were initially impressed with the success of these food-based campaigns, particularly from a merchandising perspective, where food related items had sold well. Based on this shared culinary connection, they set upon a marketing campaign which pitted Bacon vs Tacos in a fan ‘food fight’.

The collaboration initially began in 2016 with the planning phase lasting around six months.  Both sides met at the annual Winter Baseball Meetings to discuss ideas ahead of the 2017 season. Alongside regular conference calls, smack talking press conferences between their GMs helped to kick start the promotion and keep the fans hungry for more. Together they introduced the fighting bacon and fighting taco logos, which were included on their branded merchandise.

Both teams saw social media engagement as the key to the promotion. Fans were able to choose between ‘#teambacon’ and ‘#teamtacos’ on Twitter before being able to vote for their favorite food on a microsite which was introduced in March. The microsite was built collaboratively, with each team designing their own half based on the identity of their communities. The IronPigs ended up winning the rivalry, taking home 53% of the fan vote and ensuring that the Grizzlies would have to wear IronPigs’ branded hats for a home game later in the season.

Both teams also used the promotion to stage ‘Bacon vs Taco’ themed baseball nights, with the IronPigs going as far as to ban the sale of Tacos at concessions stands during a regular season game at their home ground Coca Cola park. These themed nights were incredibly popular with their respective fanbases and helped to draw in large crowds for these games. 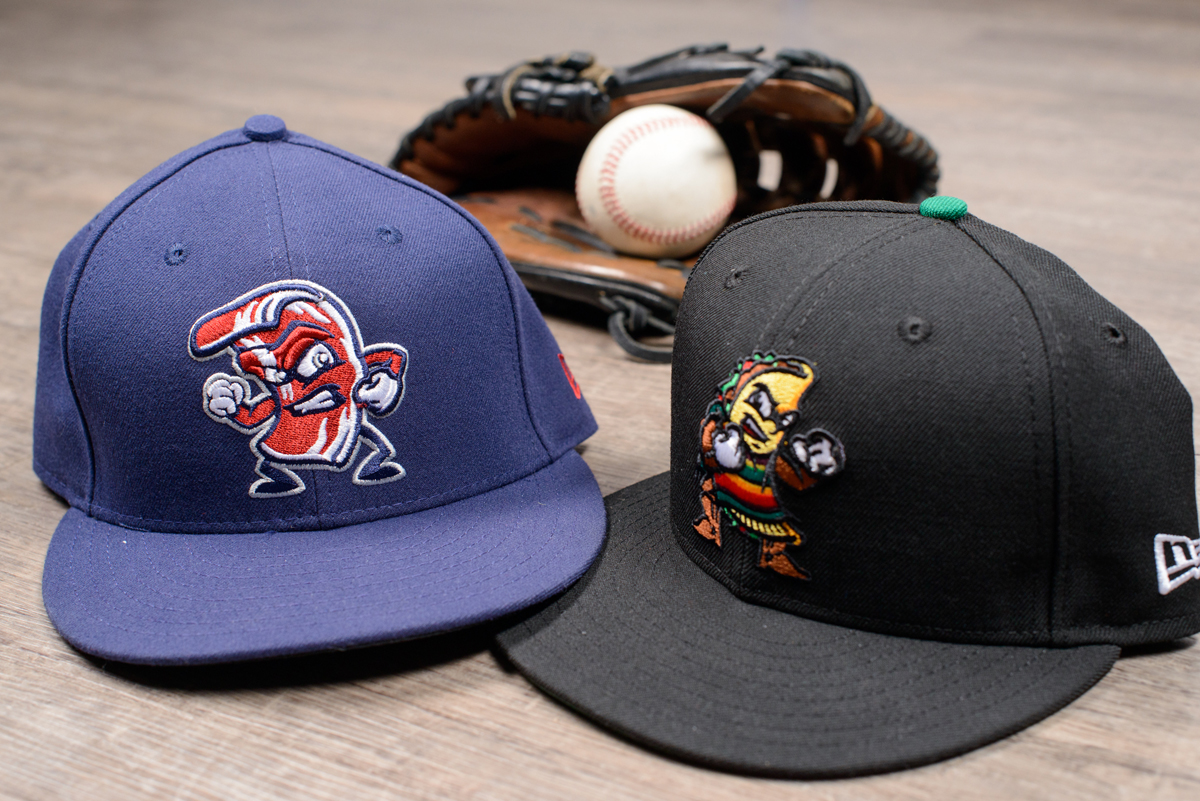 Most of the work was done collaboratively between the Grizzlies and the IronPigs. Although both sides are in different leagues, they recognized the value of their food connection and its potential for raising the awareness of their respective brands. The teams also worked with the San Diego based design company Brandiose to produce their new fighting food themed logos, which were crucial in driving merchandise sales.

Overall the promotion proved to be profitable for both teams, achieving its three main objectives of increasing fan engagement, ticket and merchandise sales. The popularity of these two foods and their connection to the respective communities allowed both the IronPigs and the Grizzlies to capitalize on this promotion and increase merchandise sales. Both teams launched a variety of products including Bacon vs Tacos socks, T shirts and hats. The IronPigs bacon logo even achieved sales in all 50 States within one day of its launch.

Fan engagement also increased and the promotion benefitted from the publicity generated by a segment that ran on ESPN SportsCenter covering the Bacon vs Tacos rivalry. Fans of both sides were extremely supportive throughout, tweeting using the specifically designed hashtags on social media and participating in the fan vote on the Bacon vs Tacos microsite.

The Bacon vs Tacos themed nights organized by the both sides also proved to be some of their most successful nights of the year, drawing large crowds and generating increased ticket sales for the franchises.

The IronPigs and the Grizzlies revealed they have been impressed by the response of fans on social media, and haven’t ruled out the possibility of collaborating other teams in the future on similar promotions. Whether this proves to be a one-off or a continuing trend, both teams have provided a template that shows rivalries don’t just have to take place on the field.

The NSF Salutes Our Partner

Daktronics offers the most complete line of integrated electronic scoring and display products available, including scoreboards for all sports and all levels of competition, and the latest programmable display systems that incorporate LED (light emitting diode) technology.